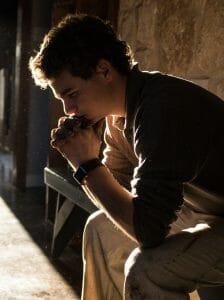 Despite an ever-changing landscape on legal abortion and high tensions at state houses across the country following the June 24th Supreme Court decision to reverse Roe v. Wade, many Americans continue to avoid the extreme of either side on the abortion issue. Gallup’s May 2022 polling was executed during the frenzy leading up to SCOTUS’ decision on the Dobbs v. Jackson case, and, yet, only 35% of Americans said that they believed abortion should be legal in all circumstances and only 13% believed it should be illegal in all circumstances, leaving more than half of Americans somewhere in the middle. This nebulous middle-ground is where the majority of America commonly identifies. Knowing this, the next question is whether any discoveries are yet to be made as to who makes up this middle and if they are moveable.

The pro-life and pro-abortion movements have been battling for the hearts and minds of these “Moveable Middle” Americans for five decades, but neither side has yet won the war, despite the supporters of abortion having a cultural advantage in their dominance in academia, law, and entertainment. With the abortion death toll surpassing sixty million and Roe v. Wade now, finally, in the ash heap of history, the time is ripe to deploy winning messaging to shift the Moveable Middle toward full protections for the preborn. But with Planned Parenthood’s newly released annual report showing an increase in abortion, an increase in taxpayer funding, and a decrease in actual health services as well as the proliferation of deadly chemical abortion drugs throughout America, we know have our work cut out for us.

While it’s good news that pro-lifers maintain a strong digital presence, our movement must do more to adopt and deploy a sophisticated messaging strategies which will achieve significant shifts toward life and ramp up the resources for shifting public opinion fast enough to solidify victory over the pro-abortion culture. This research was dedicated to understanding the where the Moveable Middle Man is coming from intellectually and emotionally, and how pro-lifers can message successfully to sway those like him.

At the heart of Students for Life of America (SFLA) is our drive to change minds on abortion, reaching students on campus and online to start a dialogue. Since 2019, SFLA’s Demetree Institute for Pro-Life Advancement took this challenge of moving the Middle one step further by researching how to uniquely reach Millennial & Gen Z men and women. This paper will outline the findings from our second installment of our research on the Moveable Middle Men.

We studied men between the ages of 20-34 with middle-ground opinions on abortion. Four characteristics about the Moveable Middle Man stand out: